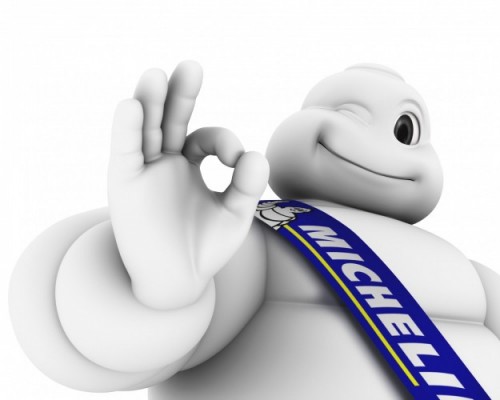 Michelin is urging North Staffordshire employers to help make the most of Stoke-on-Trent’s European City of Sport status in 2016.

Michelin is making the move to mark the start of the city’s year as a European City of Sport – and to help residents improve their health in the long term.

Lee Machin, general manager of the Trent Vale facility, said: “Being granted European City of Sport status is a fantastic achievement – but it will take real effort from civic leaders, businesses, sports clubs and community groups if we are going to make the most of it.

“We can’t just allow it to become a 12-month flash-in-the-pan. There has to be a long-term legacy, and that’s down to everyone involved.

“We want to kick-start that process immediately, which is why we’re offering free opportunities to take part in sport in January.”

Free spinning classes will be available every Monday and Wednesday in January at 5.30pm, and the sports hall can be booked for free from 6.30am to 4.30pm and from 9.30pm to 10.30pm every weekday in the first two weeks of the month.

The newly-renovated squash courts will be available for free between 7am and 9pm on the weekends of January 9 and 10 and January 16 and 17.

Free day passes – limited to one per person – will be available for the well-equipped gym for use between 6.30am and 4pm, Monday to Friday, for the whole of January.

Mr Machin added: “Michelin is incredibly fortunate to have these fantastic facilities, and we’re happy to make them available to everyone.

“But we would urge all businesses to encourage their employees to become more active. You don’t necessarily need lots of equipment or space. With a bit of imagination, the office or the car park can be used for activities that get people into the habit of exercising and show them how much fun it can be.”

Stoke-on-Trent City Council has set aside £3.5 million to deliver the project and to ensure a strong legacy post-2016.

Jane Gratton, deputy chief executive and policy manager at Staffordshire Chambers of Commerce, said: "People's health has a direct influence on the health of a local economy, so it makes absolute sense for businesses to really embrace the spirit of the European City of Sport – both from an individual wellbeing point of view and an economic point of view."

Councillor Terry Follows, cabinet member for greener city, development and leisure at the city council, said: “It’s fantastic to see one of Stoke-on-Trent’s biggest employers getting right behind our European City of Sport status for 2016.

“We want the entire community to get involved, from businesses to schools, sports clubs to community groups, to make it a truly remarkable year which has the potential to forever change our city for the better.”

The free sessions at the Michelin Sports and Conference Centre – also known as the Michelin Athletic Club (The MAC) will be allocated on a first come, first served basis.