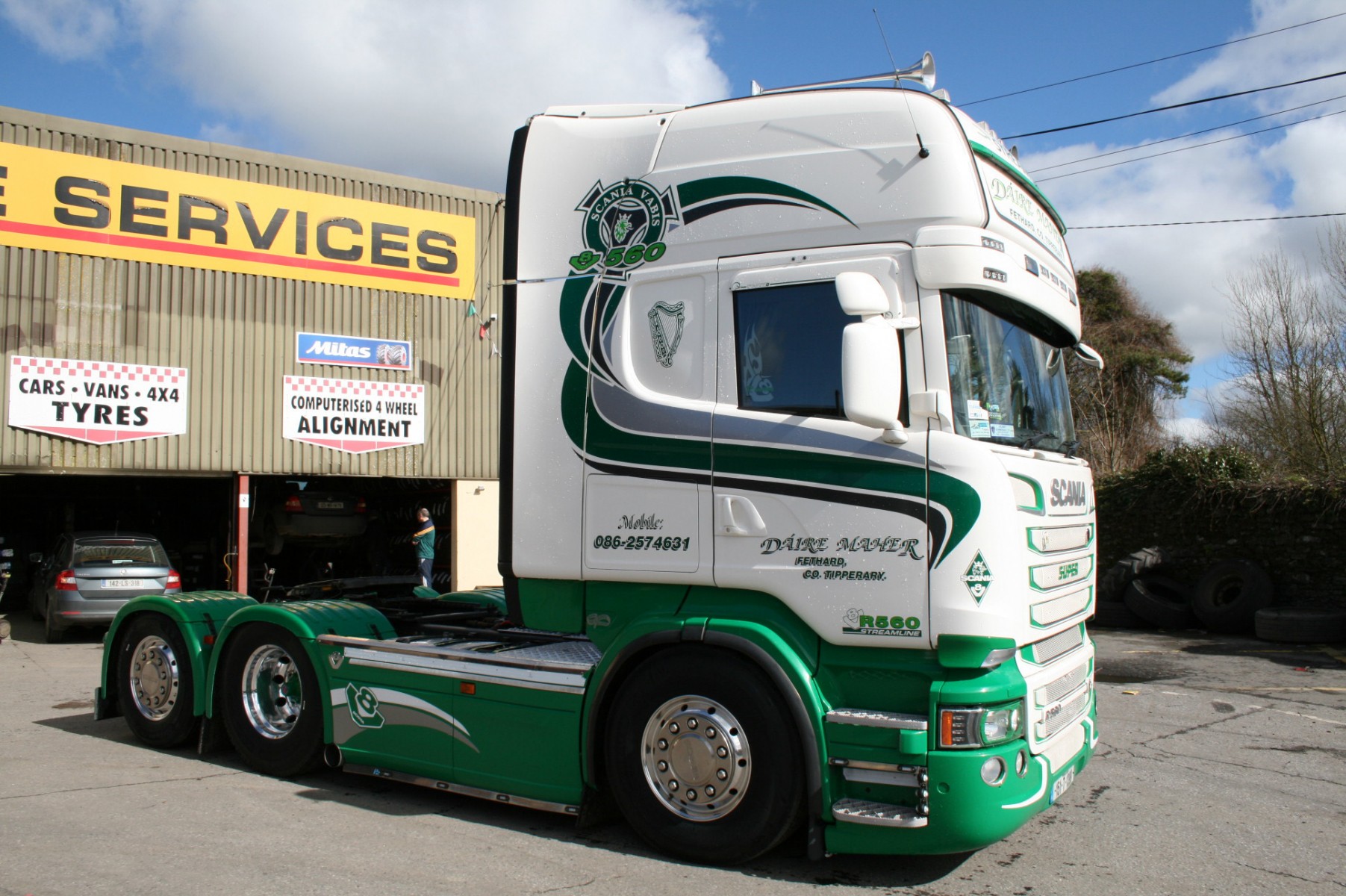 353-01-Michelin-Daire-Maher-Haulage
Tipperary-based Daìre Maher Haulage made the switch to Michelin’s X-Multi range after costly fuel bills prompted him to remove a competitor set.

Owner driver Daìre Maher has switched to Michelin’s X-Multi range of tyres on his truck after costly fuel bills prompted him to remove a competitor set with 13mm tread remaining.

Tipperary-based Maher is reaping the money-saving benefits of his premium fitments following the expense of running his Scania R560 on competitor tyres that had added more than €2,000 to his annual fuel bill.

Speaking about his previous fitments, Maher said: “I monitored them during the running-in stage and I noticed the vehicle felt heavier and my fuel economy started to really suffer. When I sat down and worked out how much more it was costing me at the pumps, this immediately prompted my decision to make the switch.

“It seemed inefficient to keep running a set of tyres that was costing so much. I’ve fitted Michelins before so I know what they are capable of so for me it was an easy decision to take the current tyres off and fit a new set of Michelins. I wanted the same performance I’d enjoyed with the first set of X-Multi series tyres – putting a set of Michelins back on has restored my Scania’s fuel economy.”

Midland Tyre Services, a Michelin Service Pro dealer, worked closely with Maher and his Michelin Account Manager Trevor Burns to find a solution that would provide long-term fuel efficiency and longevity on the road. Bespoke tyre pressures were suggested following a weighing exercise carried out by Trevor and his Michelin Technical Manager.

Maher continues: “My new tyres are also covered by Michelin’s accidental damage guarantee and while I hope not to have to use it, it provides such peace of mind and reassurance that I’ll be well looked after while running Michelin tyres.”

Daìre Maher Haulage covers up to 130,000 km a year, carrying out heavy bulk and construction haulage work in Ireland and occasionally the UK. He annually helps to organise the Tipperary Truck Show, where more than 500 entries of custom, vintage and working trucks are brought on site for the 15,000 guests to admire.