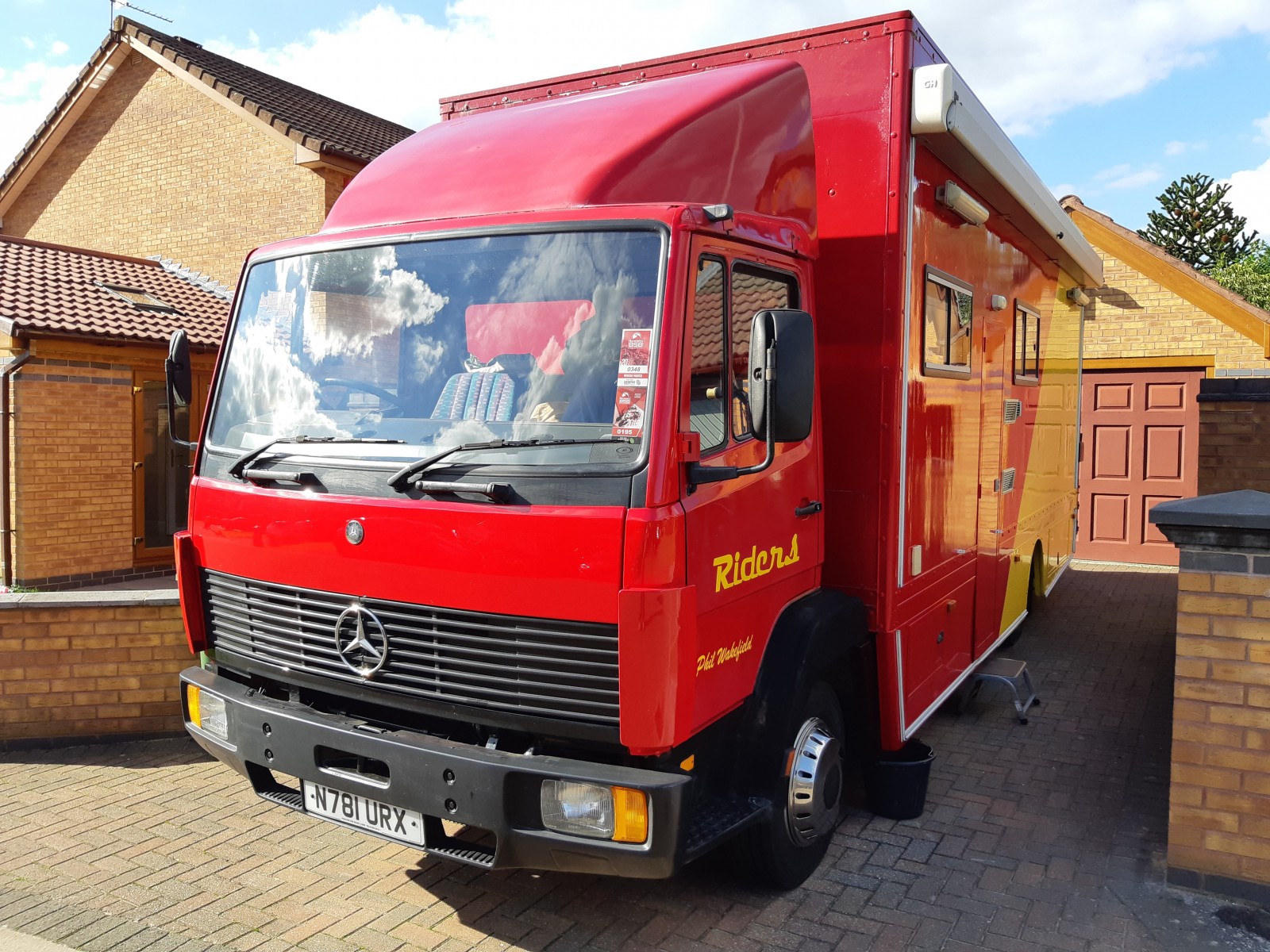 A family owned and run motorcycle racing team competing in the British Superbike Championship has replaced the Michelin steer tyres on its 1995 Mercedes-Benz 814 transporter after more than 300,000km in service. The truck is used to carry the team and its equipment to circuits across the UK, Ireland and the continent.

Phil Wakefield Racing has owned the 7.5-tonne truck since it was three years old, with the most recent set of 215/75 R17.5 Michelin XZE2 steer tyres proving faultless in service over a long life. These latest tyres were replaced as a precaution due to age; with the team selecting the next generation Michelin X Multi Z fitments to succeed them.

Joint owner, Peter Wakefield, says: “You really can’t argue with having to buy a new set of steer tyres after 300,000km. For a 17.5” truck tyre that’s pretty remarkable; we certainly got our value for money!”

Commenting on his maintenance regime, he adds: “As you might expect for a motorcycle race team, we pay very close attention to tyre inflation pressures and we make sure to rotate the truck’s wheels to avoid flat-spotting if there’s a big gap between races. It’s certainly paid off and the tyres have continued to perform really well for us. The truck might be 25 years old, but we didn’t hesitate in replacing like-for-like and investing in Michelins again.”

The Mercedes-Benz doubles up as a transporter and living accommodation for the team at races, carrying the bikes, spare parts and offering accommodation on board for six, including a shower. Once parked at the track, the team unfurl a 14 x 4m awning from the side of the body, providing a covered area for working on the bikes.

Michelin’s X Multi Z tyres in 17.5” and 19.5” sizes offer long-lasting grip in all weather conditions and on slippery surfaces, featuring the highly-desirable 3 Peak Mountain Snowflake (3PMSF) markings on the sidewall, after passing tests in defined snowy conditions. This is combined with excellent traction throughout the tyre’s lifespan, from the first to the last millimetre of tread. The tyres can also be regrooved and retreaded, to extend the life of the casing and reduce environmental impact.

This year Phil Wakefield Racing is running a single bike in the championship due to the shorter race calendar, ridden by Phil, who has been competing professionally for 16 years. In a normal season the team prepare and enter a second race bike for an independent rider, plus take part in winter testing in Spain during January and February.

Michelin, the leading mobility company, is dedicated to enhancing its clients’ mobility, sustainably; designing and distributing the most suitable tyres, services and solutions for its clients’ needs; providing digital services, maps and guides to help enrich trips and travels and make them unique experiences; and developing high-technology materials that serve a variety of industries. Headquartered in Clermont-Ferrand, France, Michelin is present in 170 countries, has more than 127,000 employees and operates 69 tyre production facilities which together produced around 200 million tyres in 2019. (www.michelin.com)