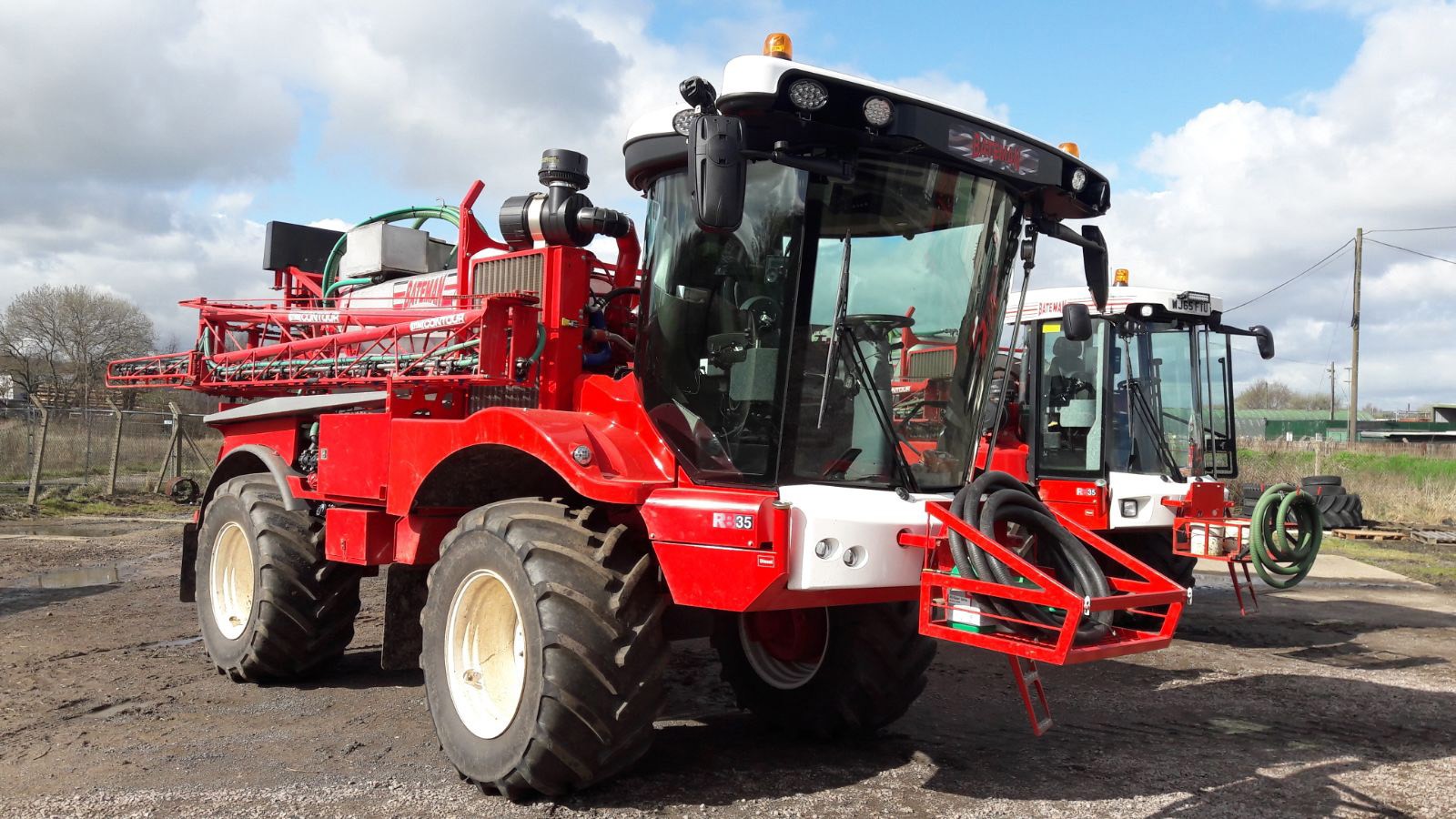 200-Michelin-Agriculture-Bateman-RB35
CS Arable Sprayer runs a small fleet of Bateman RB35 sprayers fitted with Michelin tyres – a working relationship which has been growing strong for more than 20 years.

UK crop sprayers CS Arable Services is reaping the benefits of running its machines on Michelin YieldBib tyres – three years after becoming the first in the country to test the new fitments.

The latest generation YieldBibs have particularly impressed CS Arable Services director Chris Shepherd, thanks largely to their stubble-deflecting lugs and anti-stubble belt in the tread area – designed to provide greater traction and resistance to damage and abrasion.

Shepherd says: “I’ve been using Michelin for decades – even before I started my own company in 1996 – because they’re the best performing tyres out there. The longevity and quality of the tyres is exceptional, and we are able to keep them fitted for up to eight years as a result.”

The YieldBib tyres benefit from Michelin’s patented Ultraflex technology, meaning the tyres can carry the same load with up to 40 per cent reduced pressure without compromising on robustness.

Commenting on the benefits he has seen from Michelin over the years, Shepherd adds: “The fact we keep our tractors running on Michelin speaks volumes. The technological advancements continue to impress us, especially the YieldBibs. We do a lot of road work and are very particular about tyre loadings, weight capability and speed rating.

“These were the main factors that impressed us with these latest tyres, as was the level of care we received from Michelin. Our Account Manager, Ian Whitwell, is so helpful and is always available on the phone.”

Established in 1996, CS Arable Services specialises in arable crop spraying and fertiliser spreading. It operates in a 30-mile radius from its base in Boughton, Nottinghamshire.