For a list of all restaurants with Michelin Stars and Bib Gourmands, including details of additions and deletions, please download the Awards List from the Downloads area on this page. A background to the guide and a cover image are also in this area. 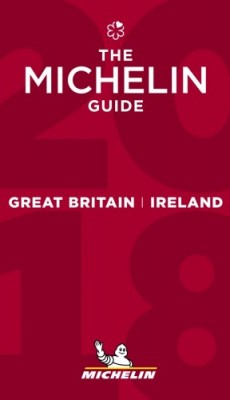 Michelin is pleased to unveil the new selection of the Michelin Guide Great Britain & Ireland, which highlights a total of 2,067 restaurants and 1,155 hotels and guesthouses.

In this selection, London continues to build on its reputation as a world-class destination for rich, varied eating experiences. But the offer across Great Britain and Ireland as a whole is developing, often based around exceptional regional ingredients.

This year, The Araki has been awarded Three Michelin Stars. “With its nine-seater counter, The Araki has gone from strength to strength. When Mitsuhiro Araki moved to London from Tokyo in 2014 he set himself the challenge of using largely European fish and his sushi is now simply sublime,” comments Michael Ellis, International Director of the Michelin guides. It joins a select group of restaurants with three Michelin Stars: The Fat Duck and The Waterside Inn in Bray, Alain Ducasse at the Dorchester and Restaurant Gordon Ramsay which has retained the award under its new chef, Matt Abé.

In this new selection, Claude Bosi at Bibendum, located in the famous Michelin House in London, gains two Michelin Stars. Claude’s sophisticated French cuisine is a perfect fit and has been one of the openings of the year. In total, the Michelin Guide Great Britain & Ireland 2018 features 20 restaurants awarded two Michelin Stars.

One hundred and fifty restaurants have one Michelin Star this year, including 17 new ones. In Ireland, there is now a Michelin-starred pub: The Wild Honey Inn in Lisdoonvarna. In Scotland, Michael Smith earns a Michelin Star for his restaurant Loch Bay, a converted crofter’s house on the Isle of Skye. Also awarded one Michelin Star is Peter Sanchez-Iglesias’ Paco Tapas – this tapas bar is named after Peter’s father and is further evidence of Bristol’s exciting dining scene. Tom Kerridge’s Marlow pub, The Coach, receives a Michelin Star, as do two much more formal establishments: Matt Worswick at The Latymer in Surrey, and Coworth Park in Ascot. Mark Birchall has put his experience from L’Enclume to good use at Moor Hall, in Lancashire, which gains a Michelin Star, as does Michael Caines’ Lympstone Manor in Devon. Meanwhile talented young chef Niall Keating has begun to make his mark with a Michelin Star at Whatley Manor in Wiltshire.

The Michelin Guide Great Britain & Ireland also features 27 new Bib Gourmands – which are chosen for their good quality, good value cooking. This year the new Bib Gourmands include Kricket and Kiln in Soho. In Ireland there are six new Bibs, including Two Cooks in Sallins and Kai in Galway. In Wales there’s the Hare & Hounds in Aberthin; and Noble in Holywood, Northern Ireland.

Also published today is the Michelin Guide London 2018. This guide provides extended text on London’s restaurants, with additional photographs and information on all Starred establishments, along with a pull-out map.

Both guides can be purchased from bookshops and at http://travel.michelin.co.uk/. They are published today and will be in bookshops from Thursday, October 5.