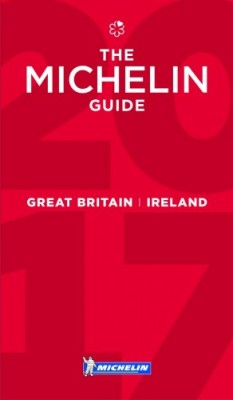 Twenty new Michelin-Starred restaurants were unveiled at the first-ever live launch of the Michelin Guide Great Britain and Ireland this morning.

Eighteen new One Michelin Star establishments were revealed, including two pubs: The Wild Rabbit in Oxfordshire with Tim Allen in the kitchen; and the Crown at Burchetts Green in Berkshire, run by Simon Bonwick and his family.

The Lake District has two new Michelin Stars: Forest Side and Gilpin Hotel, while Dublin has another Michelin Star in Heron & Grey.

In Wales, Sosban & The Old Butchers in Anglesey has gained a Michelin Star, as has James Sommerin in Penarth.

Rebecca Burr, Editor of the Michelin Guide Great Britain and Ireland 2017, said: “London’s great variety of establishments, its history, but also its dynamism and vitality are illuminated by the capital’s new Michelin Stars.

“The Ritz Restaurant and Veeraswamy, London’s oldest Indian restaurant, both receive One Michelin Star. These establishments have long and illustrious histories, but the cooking at both has never been better than it is today.

“There have been some excellent additions to the guide across both Great Britain and Ireland - restaurants that are producing consistently good food using excellent ingredients.”

Newcomers to the London dining scene awarded a Michelin Star include Ellory and The Ninth.

Establishments which have retained their Michelin Stars under new chefs include Gary Foulkes at Angler, Tom Brown at Outlaws at the Capital Hotel and Robert Potter at Bybrook Restaurant at the Manor House Hotel.

Special congratulations were given to Michael Wignall, who made a very successful move from Surrey to Devon and retained the Two Michelin Stars at Gidleigh Park.

Heston Blumenthal’s Fat Duck returns to the guide with Three Michelin Stars. The restaurant offers a truly memorable and visceral multi-sensory experience which is informed by a clever narrative.

Rebecca Burr said: “Our inspectors had many meals here during the course of the year and found the restaurant invigorated, rejuvenated and unquestionably worthy of being re-awarded our highest accolade.”

This edition of the guide also marks the 20th anniversary of the Bib Gourmand – Michelin’s award for good value, good quality cooking. This year the guide includes more than 140 ‘Bibs’, of which 24 are new.

Also published today is the Michelin Guide London 2017, priced at £12.99 (€14.99 in Ireland). This guide provides extended text on London’s restaurants, with photographs and information on all Michelin Starred establishments, as well as a pull-out map. It also includes a selection of London’s best hotels, across all categories of comfort.

Both guides can be purchased from bookshops and at http://travel.michelin.co.uk/

The first ever live launch of the Michelin Guide Great Britain and Ireland took place at IET London, Savoy Place. 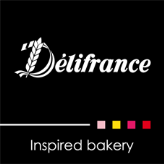 The Michelin Guide 2017 is also available as an iPhone app, which allows users to instantly find and book Michelin recommended restaurants via a reliable and easy-to-use online service. You can now follow the inspectors around the country via Twitter too! Get behind the scenes and learn more about the guide @MichelinGuideUK

The Michelin Guide Great Britain and Ireland recommends more than 3,300 places to eat and sleep - including those restaurants and pubs awarded Michelin Stars for the quality of their food.

With the MICHELIN Guide, the Michelin Group continues to help millions of travellers. The Group has also adopted the mission the Guide gave itself when it was launched in 1900: "Avancer ensemble" - Moving forward together.

Michelin, the leading tyre company, is dedicated to sustainably improving the mobility of goods and people by manufacturing, distributing and marketing tyres for every type of vehicle. It also offers innovative business support services, digital mobility services and publishes travel guides, hotel and restaurant guides, maps and road atlases.

Headquartered in Clermont-Ferrand, France, Michelin is present in 170 countries, has 112,300 employees and operates 68 production plants in 17 countries. The Group also has a Technology Centre, responsible for research and development, with operations in Europe, North America and Asia.