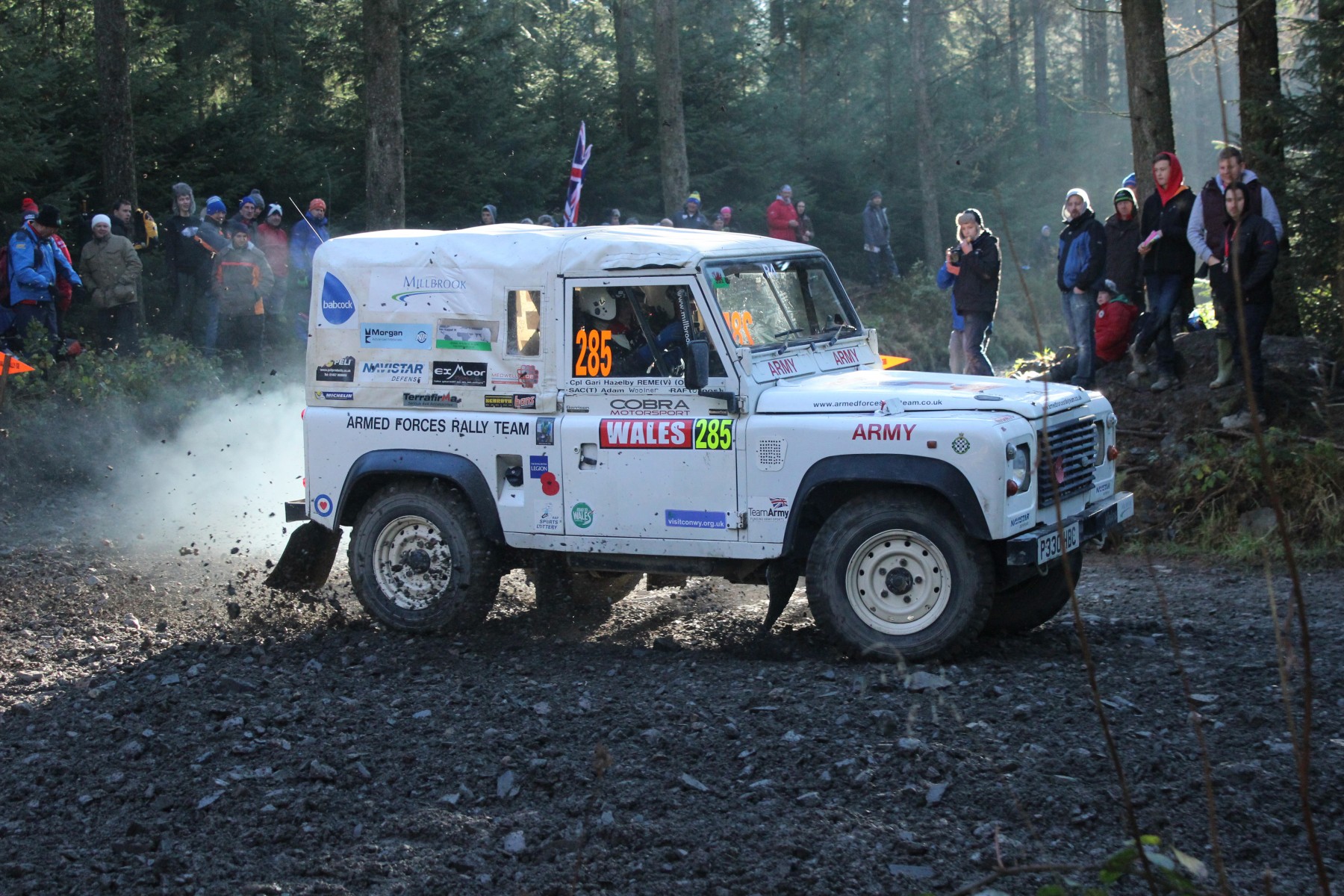 Michelin’s fleet division has extended its relationship with the UK Armed Forces Rally Team (AFRT) – the Ministry of Defence’s only tri-service motor sport squad. The deal will see Michelin continue to supply Latitude Cross and XZL tyres for the team’s seven Land Rover Wolf rally vehicles until at least the end of the 2018 season.

Made exclusively for the British Army and based on the Defender 90, each Land Rover Wolf switches between the two different Michelin tread patterns depending on whether it is rallying on tarmac, or competing in an off-road forest, mountainous or loose-surface stage.

Colonel James Sunderland, Co-Director of the AFRT, says: “The whole team values our relationship with Michelin and we are so pleased they will be continuing to support us. We get long life out of the tyres and they are in a class of their own when it comes to performance and quality on the stages.

“The Latitude Cross is a particularly impressive tyre and the grip is superb across the whole width of the tread. It gives us fantastic traction and stability, even under extreme conditions when the tarmac is bone dry and hot. Between the Latitude Cross and the XZL, we are very well-supported.”

Michelin’s Latitude Cross tyres are a multi-purpose SUV fitment which has proven particularly popular in the fleet sector, where the number of SUV registrations continues to rise. They combine the traction of an off-road tyre with the comfort of an on-road tyre, whilst delivering long tread life and great performance under hard driving conditions – including heavy braking, rapid acceleration and even when cornering at speed.

The Land Rover Wolf was originally procured for active service by the British Army and seven examples have been loaned to the team as rally vehicles following their retirement from front-line duties. Extra work has included the fitting of a roll cage and the safety equipment required to be compliant with Motor Sports Association regulations, including fire extinguishers, racing seatbelts and an intercom. In rally form, they are painted white, replacing their original Army green paintwork.

With the AFRT based in Deepcut – the HQ of the Royal Logistic Corps – tyres are delivered directly to the local Michelin Certified Centre at Guildford Tyres, which handles all fitting for the team.

Michelin has been supplying tyres to the AFRT for six years and to the British Army’s fleet of Land Rovers for many decades – due to their reliability and their ability to perform in all kinds of conditions.

The Armed Forces Rally Championship is centred on the British Rally Championship and the team competes in a bespoke class. It consists of up to eight rounds a year, which includes high profile events across the UK and Europe, including Britain’s round of the World Rally Championship, the Wales Rally GB, the European Championship round in Ypres and the Goodwood Festival of Speed.