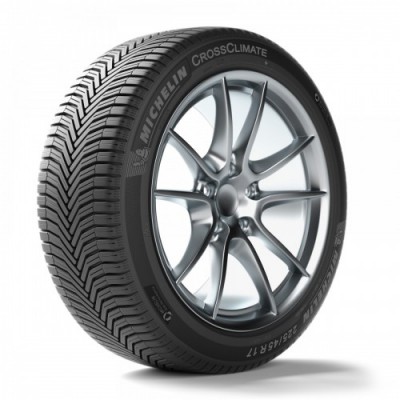 Set for a January/February 2017 launch in 15- to 18-inch tyre sizes, Michelin CrossClimate+ fitments expand on the range’s unique status as a summer tyre with winter capabilities by offering excellent traction on snow-covered roads, from the first mile to the last – with little difference in performance as the tyre tread wears down.

Jamie McWhir, Customer Engineering Support Manager at Michelin, says: “With the introduction of the new CrossClimate+ tyres, fleets can enjoy long-term, reliable performance and grip in every road condition, including on snow-covered roads, from the second the CrossClimate+ tyres are fitted right down to their removal when they reach the statutory minimum of 1.6mm.”

Michelin’s CrossClimate+ tyres are designed to counter changeable weather – such as that constantly afflicting the UK’s roads. CrossClimate+ tyres also offer the benefits of a summer tyre for dry and wet braking, energy efficiency and total mileage, while also boasting the braking performance and traction of a winter tyre on cold and snow-covered roads.

By fitting CrossClimate+ tyres, fleet managers can maximise uptime, road safety and duty of care year-round, while also enjoying the durability, longevity and low total cost of ownership inherent to every Michelin tyre.

This helps to reduce the number of wheel interventions, cuts fitting costs, improves uptime and negates expenditure on ‘tyre hotels’ for out-of-season storage.

CrossClimate-series tyres have enjoyed a high profile in the fleet sector since their launch in 2015, with major fleets including British Gas, business class car service Addison Lee, and multiple emergency services being amongst the highest profile adopters.

CrossClimate+ fitments are to gradually replace the Michelin CrossClimate tyres, and will be available in a growing number of dimensions, as the range expands even further.