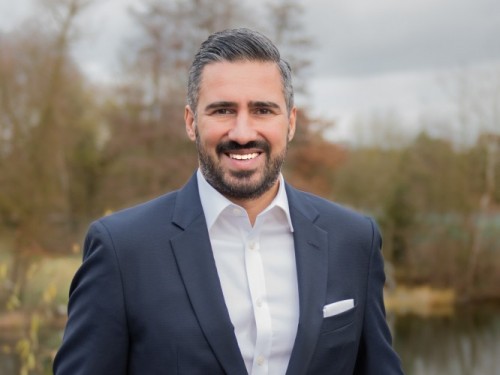 As of January 1, 2018, Michelin is restructuring into 10 newly-created regions worldwide. The aim is to deliver an even stronger focus on customers’ needs, to simplify procedures and to expand digital services and processes.

The restructure will give Michelin staff more freedom in decision making as well as increased autonomy and responsibility.

Anish K Taneja, who became CEO of the new Michelin Europe North region on January 1, 2018, said: “Rapid change is a sign of our times. Michelin’s new structures are characterised by efficient and transparent processes giving staff a high degree of individual responsibility and an increased scope of action. More than ever we see ourselves as a mobility provider with a product and service portfolio aimed entirely at fulfilling our customers’ needs. Refocusing our activities towards customer structures and processes will make it easier for our customers to do successful business with Michelin. That is how we will achieve profitable growth in clearly defined steps.”

Michelin Europe North combines the previous sales regions for Germany/Austria/Switzerland, the UK and the Nordics. It includes 10 countries: Austria, Denmark, Finland, Germany, Iceland, Ireland, Norway, Sweden, Switzerland and the UK. The new region’s headquarters will be in Germany, as will the new centre for the automotive OEM business. In addition, the key accounts in all four European regions will be handled by the Michelin Europe North management team. Placing these global and European functions within Europe North underscores the importance of this region for the Michelin Group.

In terms of turnover, Europe North is the third-largest of the now ten newly-formed Michelin regions worldwide – just behind the US and Europe South, which includes Michelin’s home market of France.

One of the reasons for this new group structure is the similar customer needs within each of the new regions.

Mr Taneja said: “We have compared the different customer demands in our markets with each other. The new regions’ boundaries run along natural borders where customers have similar demands of Michelin and of our products and services. In future, we will be able to react even faster and with even more precision to market changes and requirements.”

With the formation of a new management team, the tyre manufacturer also wants to initiate a rethink among its employees and distributors with the aim of being able to react in a more flexible way to the constant changes in regional markets. The group’s motto is customer orientation – less central, more local.