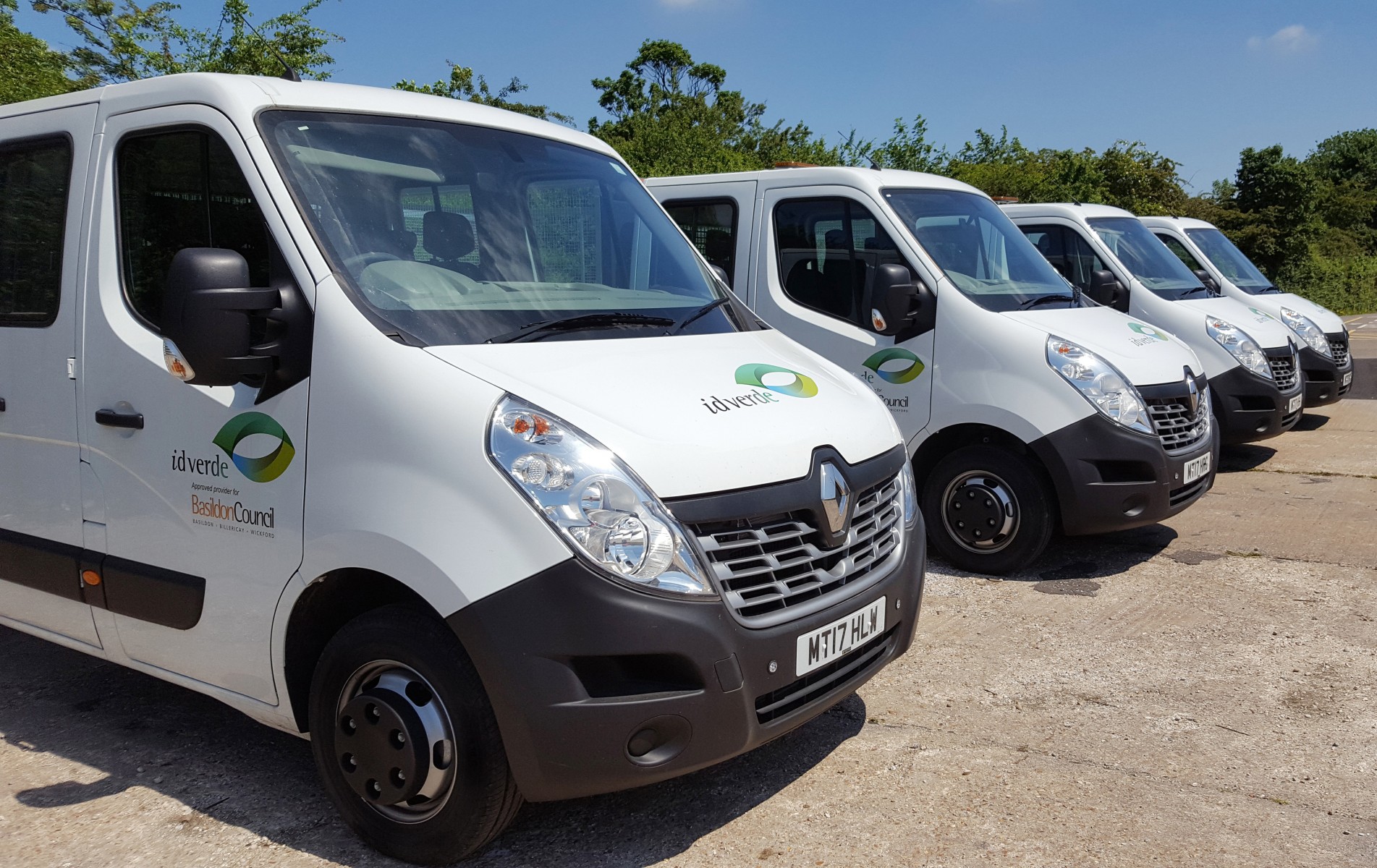 281-01-Michelin-idverde
All of idverde’s fleet will be running on Michelin and BFGoodrich tyres as part of the landscape construction company’s new UK tyre policy.

idverde, Europe’s largest provider of green services, has adopted a joint Michelin and BFGoodrich tyre policy across its entire UK fleet as it strives to streamline operations on the road.

The French-owned grounds maintenance and landscape construction company runs contracts from the Isle of Wight in the south to Wick in northern Scotland and has a 1,200-strong fleet ranging from 3.5 tonne light commercial vehicles (LCVs) travelling short distances – including panel vans, crew cab tippers and machinery transporters – to company cars operating nationwide.

LCVs used for city jobs where mounting kerbs is commonplace – or driving into parks or cemeteries – will predominantly be fitted with BFGoodrich on/off-road tyres, while high-mileage vehicles will run on Michelin tyres designed to deliver long lasting performance and safety.

ATS Euromaster has been appointed to handle all tyre fitting and servicing for idverde employees and will pay regular site visits, performing fleet-wide tyre inspections and making recommendations to contract managers.

Previously, staff would drive to the nearest ATS Euromaster centre but had no fixed policy to follow when it came to replacing tyres – something that Angus Lindsay, Head of Assets & Fleet at idverde, admits caused the company a major headache.

He says: “Drivers weren’t always making the right tyre choices for their vehicles and it was impacting on our running costs. We’ve got 70 sites across the country and each of our contracts are run as their own profit centres, so they’re responsible for their own budgets.

“We wanted to get some sort of continuity. Having the Michelin Group policy in place means the contract manager has one less thing to worry about. He knows ATS Euromaster will take care of everything when one of his staff needs a new tyre. It’s a much more efficient process than it was before.”

Some vehicles in the fleet are being fitted with Michelin’s CrossClimate+ tyres to overcome the inconvenience and added cost of switching between summer and winter fitments.

Lindsay adds: “With CrossClimate+ tyres, we get the simplicity of sticking to a summer tyre policy, but with the reassurance of safe mobility throughout the winter period. That makes it a lot easier for everyone involved.”

idverde operates throughout the UK and France, offering a holistic range of landscape services within both the public and private sectors.