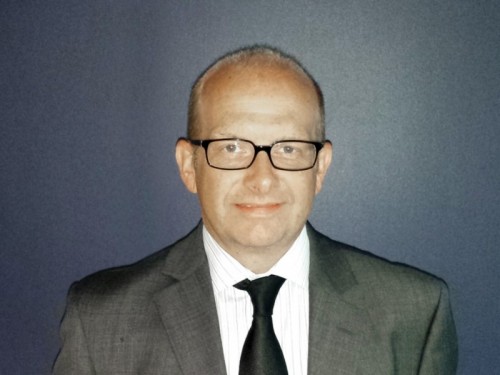 Historically, run-flat tyres have had a poor reputation because their reinforced sidewalls which retain their basic shape in the event of a blowout or puncture, gave a less comfortable ride. The tyres also offered reduced fuel economy.

However, the technology used in the latest Michelin ZP tyres offers a like-for-like comparison with its other ranges.

Alphabet’s Operational Services Manager, Andy Williams, believes the new Michelin ZP range has none of the problems of previous generations of run-flats, but all of the benefits.

He said: “The comfort compromise everyone used to associate with run-flats has disappeared with the latest technology of tyres.

“I have tried Michelin’s new Zero Pressure (ZP) range and trust me, you can’t tell the difference from standard tyres.

“Yes, there have been critics of run-flat tyres in the past, but Michelin has answered all of them. It is high time fleet managers start to embrace the new technology as it has so much to offer.

“The combination of a smooth ride and the increased safety is something they just can’t afford to ignore. The fact that a tyre keeps its shape when it loses pressure could be life-saving in the event of a tyre blow-out.”

He added: “No driver wants to be stuck at the side of the road, or worse still a motorway, with a flat tyre. For fleets, it’s even more problematic as that downtime can mean the day job doesn’t get done. More importantly, the duty of care benefit is significant.”

The combination of new design and rubber compound present in the new Michelin ZP tyres has significantly improved wet braking and ride comfort, while at the same time reducing rolling resistance so improving fuel economy.

Michelin’s Head of Fleet Sales Andy Fern says the manufacturer has ensured a strong level of supply and competitive pricing for the new tyres because of the increasing domination of German cars in fleets across the UK.

He said: “At one time it wasn’t clear whether or not German car manufacturers were going to continue using run-flats but they are now favouring them as original

equipment in increasing numbers, so their proliferation across UK fleets is only going to rise.

“Where the market share was once driven by BMW, now Mercedes and Audi are turning to them as well.

“It makes sense from the manufacturer’s point of view. There are cost, space and weight benefits for any vehicle that doesn’t need to carry a spare tyre. And where run-flats were once thought of as a compromise, that’s no longer the case.

“We listened to feedback on our previous generation of run-flat tyres, invested heavily in research and development, worked alongside the manufacturers, and we are proud of the results we have been able to achieve.

“Our aim was not just to create tyres that are fit for purpose, but tyres that exceed expectations. The new compounds are high performance and allow for a much smoother ride and the feedback we have had so far is really promising.

“In terms of tyre labelling alone, I think the results have been really remarkable in just one generation. Compared with standard tyres it’s now a like-for-like comparison.”

He added: “The impact for fleets is really significant because run-flats really do help firms with their duty-of-care obligation. The fact fleet users can drive their vehicle to a safe place for the tyre to be replaced is so valuable, not least because so few people are able to change a tyre themselves these days. And the fact the tyre pressure monitoring system will alert drivers to any loss in tyre pressure will also reduce tyre-related downtime.”