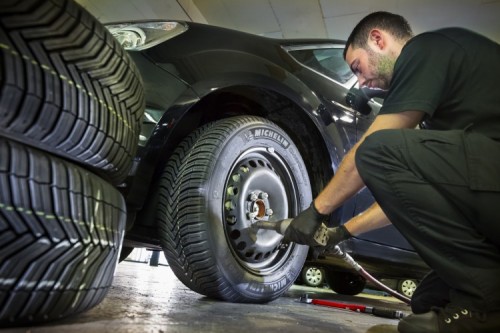 Justin Patterson, Head of Operations at Addison Lee, says: “We’re currently fitting around 5,000 fewer tyres per year than we did prior to introducing the first CrossClimate tyres.

“We initially upgraded to CrossClimate tyres to give us the reassurance of excellent traction year-round; knowing we can continue to operate in the event of snow-covered roads puts our fleet at a huge advantage over most other taxi and courier firms. The fact the tyres are also proving to be even more robust and lasting significantly longer is the icing on the cake, particularly when you multiply that benefit across a fleet of 5,500 vehicles.”

Commenting on the success of the current Michelin CrossClimate+ policy, Simon Wright, Commercial Director at Universal Tyre and Autocentres, explains: “It’s our job to propose the best tyre solution for our customers, taking account of all areas of product performance. If that means we can fit fewer tyres then we know we’re doing a good job; increasing our customer’s mobility and reducing their spend is our aim every time.”

CrossClimate+ tyres are unique in the marketplace for offering the benefits of a summer tyre for dry and wet braking, energy efficiency and total mileage, while also boasting the braking performance and traction of a winter tyre on cold, wet or snow-covered roads.

The latest generation Michelin CrossClimate+ fitments also offer improved through-life performance in all road conditions, from the second they’re fitted until removal at 1.6mm – with minimal degradation, meaning you have the grip you’d expect down to the last mile.